...And i'm back! Here is a clone of the EQD Hoof. I did this as a trade to my friend Evan. He gave me all the AWESOME Spawn figures before. His original hoof died and was broke due to COVID-19 and him being out of work. He did find a couple more spawn figures and what can I say...I'm a sucker for spawn stuff! So I built him a new Hoof pedal. This is almost a exact copy. I used some 2n2222 Transistors for this build, I think they sound a bit better. This wasn't my cleanest wiring job but hey, they can't all be perfect! Anyways here are a couple pictures. I didn't shoot a video but we all know what a modified muff sounds like. Enjoy!
-Mike- 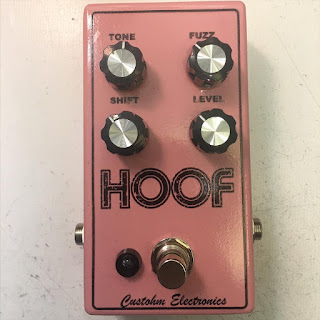 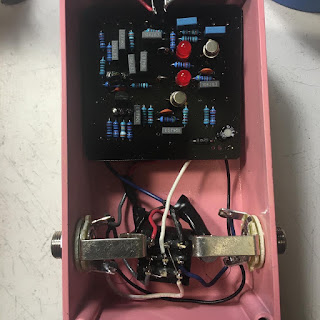 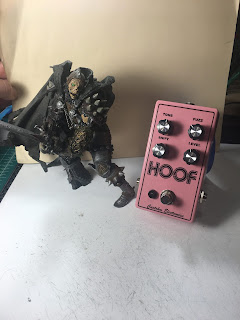 Posted by Mike Flanagan at 6:14 PM No comments:

Hey all,
Long time. This is my build of Culture Jam's Triton Delay, I specifically love how it is so clean sounding and gets nice an wiggly when switching between the delay settings. There are no mods to this. Just a straight up build. I have another one that I am planning on combining with a fuzzy ring mod circuit too. That should be fun!! Anyways here are the pictures. I'll also link a demo below. Thanks for reading / looking Enjoy.
-Mike- 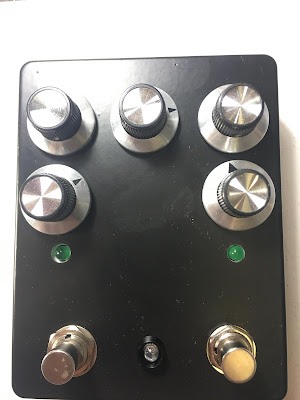 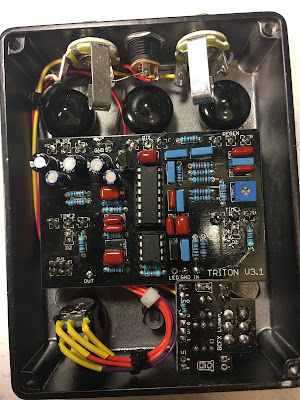 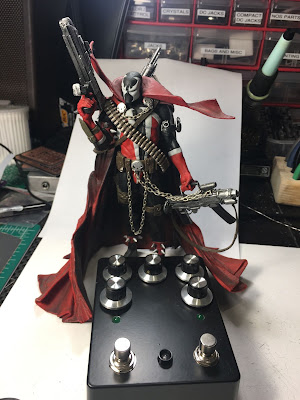 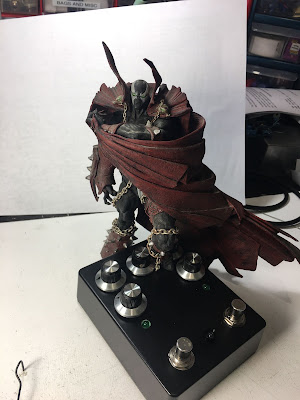 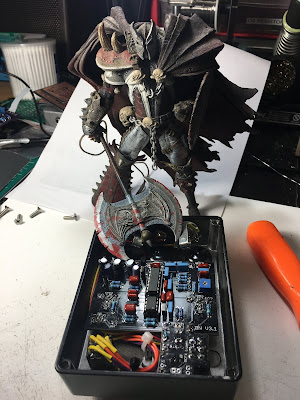 Hello All,
Here are a couple builds I just finished for my friend Bruce in Pray For Sound. The Admirer is a Hamlet Delay with a momentary feedback switch. The trimpot in the base plate controls when the oscillation starts  after pressing the switch. Hats of to Jon (midwayfair) for making a truly beautiful sounds delay. I absolutley love this circuit.
The second is a Sunn model T preamp. The PCB was developed by Benoit at Coda Effects. Super fun and very MASSIVE sounding. Thanks for looking. 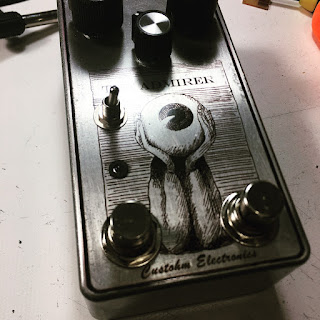 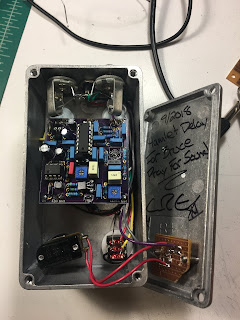 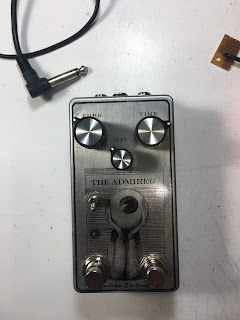 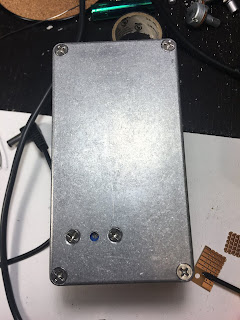 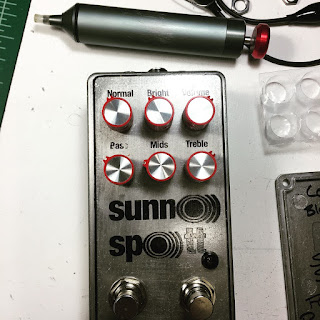 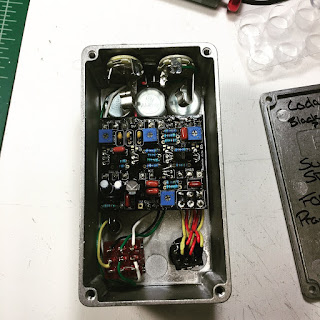 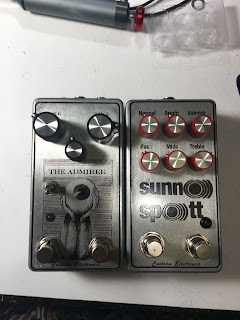 Hello all,
This is my layout of the "Machete". The Machete was designed by Rej and his team at grind customs fx. This is an Ugly Face with LFO mods. The LFO has an on off switch that bypasses the the lfo all together. I designed the PCB out of "need", I have a friend that is looking for one and Rej's store is down. I asked if i could do my own layout and the "unicorn slayer" gave me permission. Any way her are some pictures and a quick video. Thanks for looking / watching. 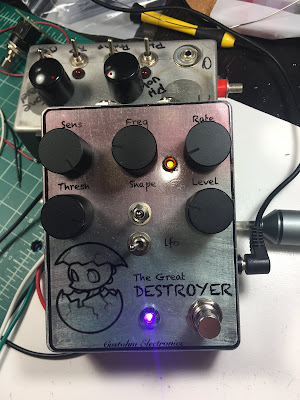 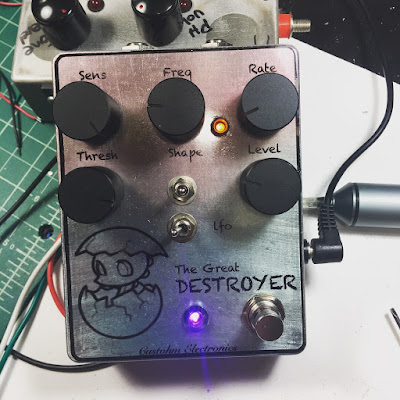 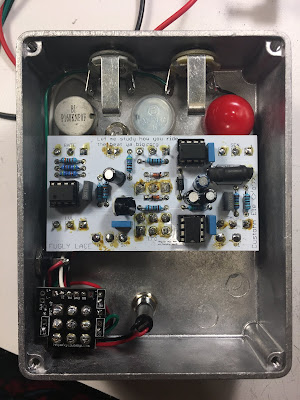 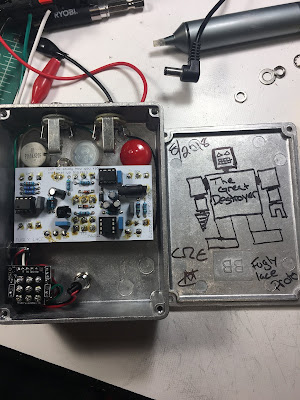 And here is a quick video with an awesome 90's Filter riff!!!

Posted by Mike Flanagan at 8:09 PM No comments:

Hello all,
A while ago I did a work a like to the Shoegazer fuzz. This is a Soda Meiser with a Torn's Peaker cascaded into it. Its a VERY cool and Doomy sounding fuzz. Each on their own can get pretty gnarly but together they can conquer galaxies!! I used an etched face plate that I did the art layout for. I'll try to get a demo up soon. Thanks for reading! 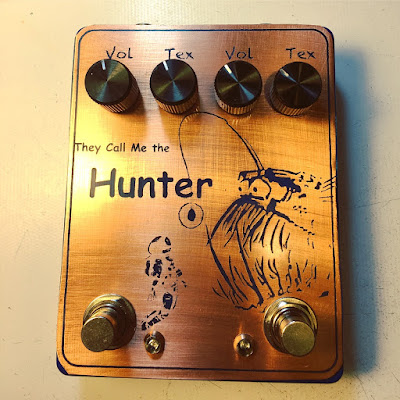 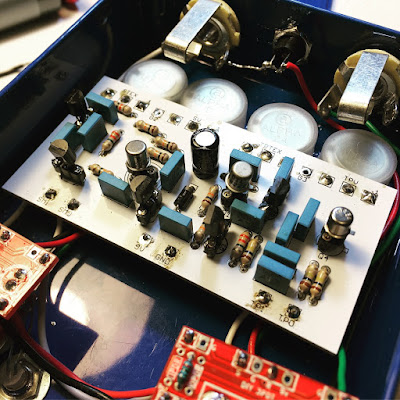 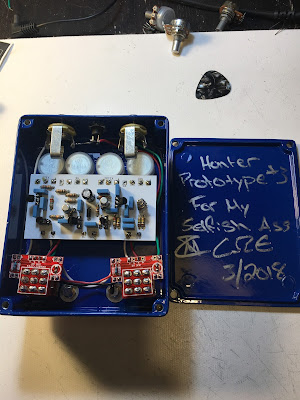 Hey All,
I've been insanely busy as of late. Including staring a new job at Fishman! I've completed a few builds but haven't had too much time in the shop. Here are a few that I've finished since my last post.

This is a "Dummy" box that i did for Darren. It basically simulates a speaker load on a guitar head so you can do "silent" recording. Here is a picture. 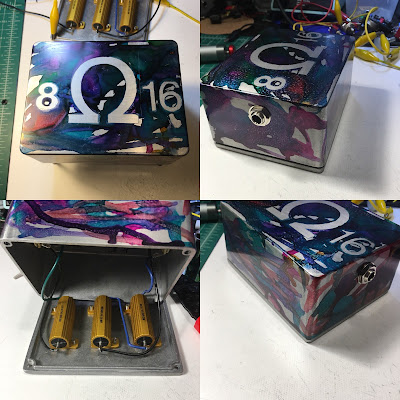 This is a 0415 fuzz synth that I did for Chris in Pray For Sound. The Faceplate was etched on black PCB and the art layout was also done by me. 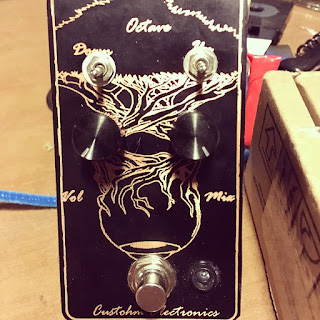 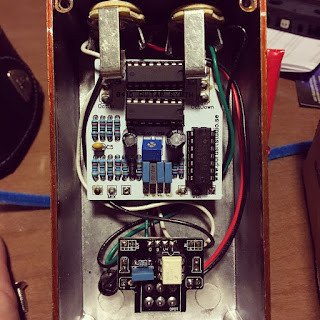 The last is a Mastodon Fuzz. The PCB Layout was done by me for my friend at BLMS. He sells them in his store HERE. The art and enclosure etch we both done by me as well. 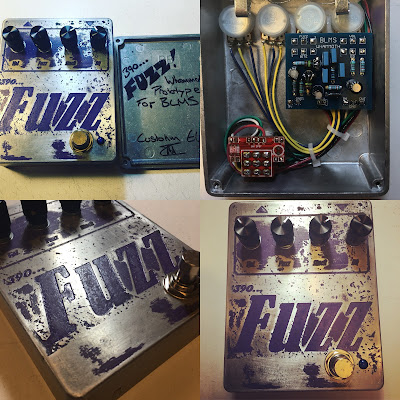 I'll try to get a demo of the fuzz up soon. Thanks for reading guys!

Posted by Mike Flanagan at 7:45 PM No comments:

Hey All,
So this will be a quick one. These are a couple of utility pedals that a past customer had asked me for. He was looking for a signal buffer and an A / B switch. He needed the A / B switch to switch between the volume and wah out put of his expression pedal. He wanted a buffer because...well he needed a buffer in he circuit. That is all. Well here they are there is no demo video only because...its kind of pointless. I acid etched the enclosures. Thanks for reading. 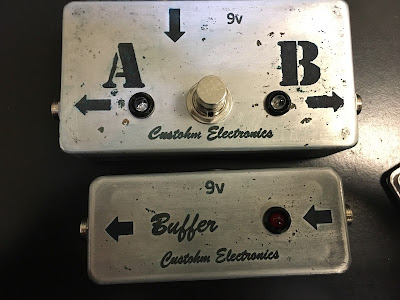 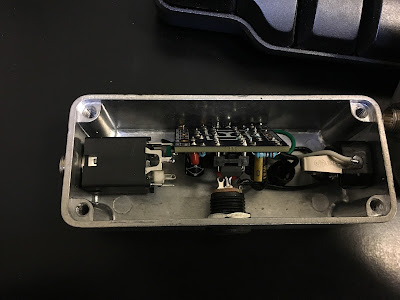 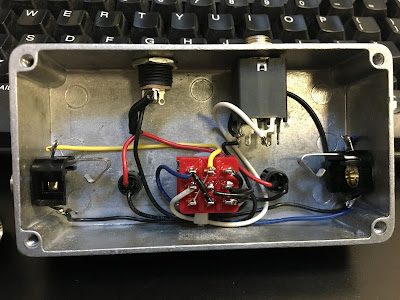 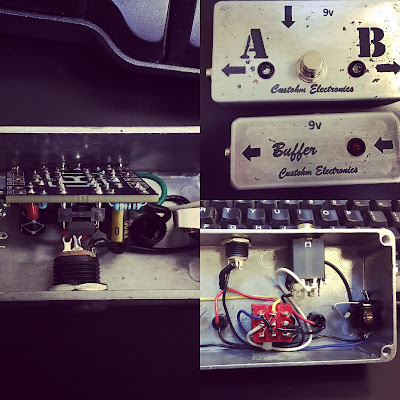 Mike Flanagan
My name is Mike and I am a "gear nerd". I live in the Boston area. I love my family, play video games, and am cursed with the love of playing and listening to music. I build fx pedals among other things.